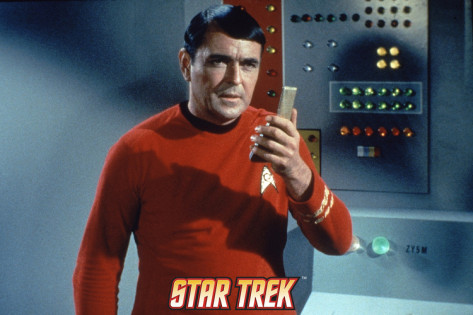 It was 1972 and I just turned 9 years old. I was promised that I will have a jet pack and flying car, that is the future. It is now 2013… the future according to me, still no jet packs.

At least we have the cell phones that are much like the old school Star Trek communicators and DVD’s that are like the history logs in the same original series. We do have robots that do things, but not the good things that Rosie, the robot maid that was a character on the Jetson’s did, but robots that destroy each other just for kicks. That one is ok with me.

Thinking back, I realized that it wasn’t so much that I promised those things but more of how it was sold it to me.

I have alway been a fan old training films. Do you remember the Dow Chemical shorts, health class shorts and general “good” living films about Bobby and the ‘must’ of good hygiene?As the years went on and the more of this style of filming I watched, I wanted to make them. What is not to love about this film: Improve Your Personality!

In the high-tech world we are all part, I believe this kind of pleasure is a thing lost to retro-past, all that tasty, well enunciated, clearly spoken with perfect hair videos I really do miss. Until Now….

I hope that you pay attention to world events and not just what’s going to happen on the next Breaking Bad episodes returning this fall on AMC. Trust me, I do care about The Cook and crack and all, but a little less then the North Korea and the drama building in that part of our world. It’s nuts.

The beauty of all of this, if there is any, is all the videos being released from North Korea. Watching these gems, I have been happily transported to my youth and loving every minute of it. I don’t pay attention to the jabber and verbal propaganda, but I pay close attention to everything thing else. For example, Kin Jong-Un standing over a old skool sci-fi missile command center. (See below). It looks like it is straight out of a late 1950 Elvis film, if Elvis made a space movie. 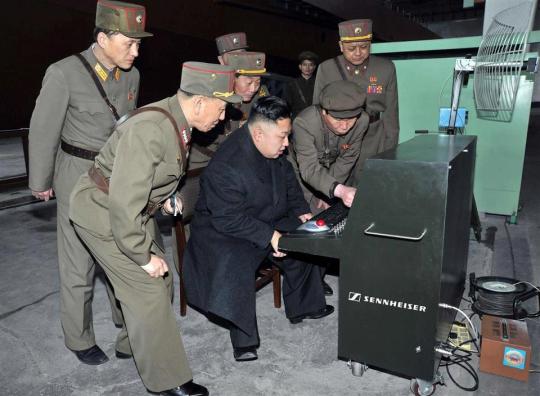 Then there is this, a just posted video on YouTube of Mr Un overseeing target range practice and pistol usage. I can tell you this, the NRA needs to get over to North Korea right away and teach them how to handle a gun. Mr Un had a difficult time just cocking the weapon and even worse, he is waving it all over the place with reckless abandon. That’s not right. Every 10 year old knows not to do that.

Secondly, the uniformed marksmen are shooting the shit out of 4’5″ cardboard cutouts with numbered markings with what appears to be written with a crayon. The numbers range 7-10 depending on what part of the midget infidels he deems vital. It is awesome. I swear that I am watching an old school NRA training video geared to the Boy Scouts of America.

This by no means is meant to be a dig at all at North Korea and Kin Jong Un, I really do love it. Mr Un (which is a perfect Spy movie villain name) is the ideal Bond bad guy. He lives in a remote place under complete secrecy, has futuristic weapons for 1963. He even has a side-kick in the form of a out of date, overly tattooed, ethnically different cross dresser that really doesn’t understand that his friend is a total wacko. Come On! You can’t make this up.

All I can hope for is that we get back to our roots of a tangible evil guy and really bad video production. I am tired of cyber this and drone that. I want exotic cat petter and crazy billionaires to make up our news. Imagine, Kim Jong-Un and Sir Richard Branson in a fight for world domination, and then the out of sight-recluse-Ted Turner take on a V for Vendetta approach to concur the world through cable, all done in gritty film production with archaic computers and an actual red button to press. Stay tuned people.